Hooch was rescued by the South Mississippi Humane Society when he was just a puppy and joined his family as a foster, but quickly became a foster fail because they just couldn’t let him go. When he first arrived in his new home, his parents gave him a stuffed animal that they called Lovie and he immediately fell in love with her — and now, nearly six years later, he’s still obsessed with her.

“He takes her to bed every night,” Jennifer Myers, Hooch’s mom, told The Dodo. “Some nights he likes to play rough with her, but other nights he just uses her to comfort himself.” 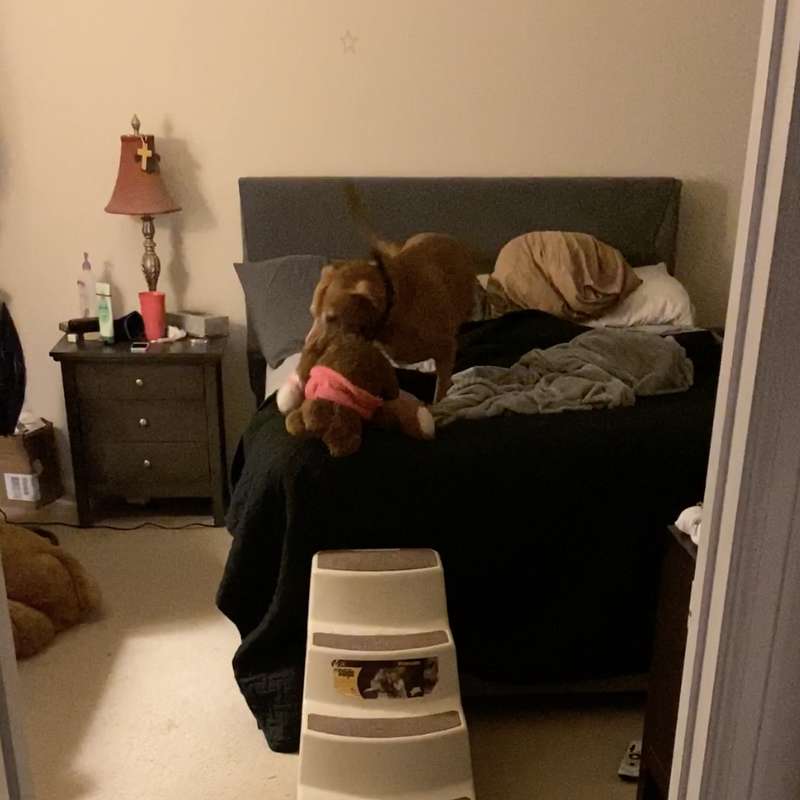 Hooch adores Lovie so much, but sometimes he plays a little too rough with her, and then his mom has to take her away in order to stitch her up.

Lovie has been with Hooch for a very long time, so naturally she’s getting pretty worn, but Hooch could never bear to part with her — so his mom always takes the time to fix her, over and over again. 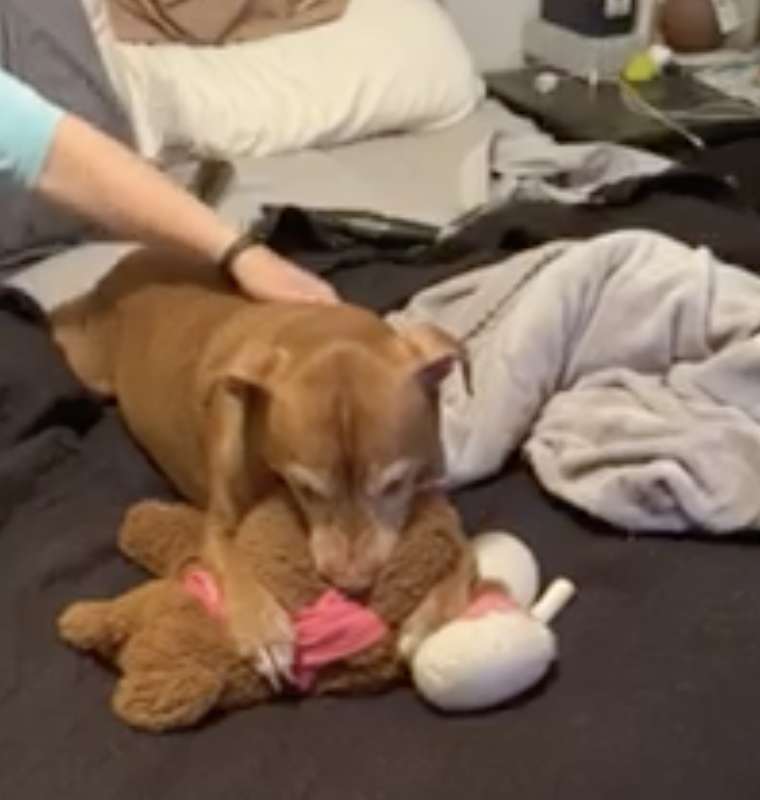 “We do surgery about once a month,” Myers said. “Serious stuff!”

Every single time Lovie has to undergo “surgery,” Hooch is right by his mom’s side as she works …

… and he gets extremely vocal as he tries to tell his mom to be careful with his favorite toy.

“He always likes to give his opinion while I am working on her,” Myers said.

Hooch refuses to leave his mom’s side until Lovie is finally stitched up, and as soon as she’s ready he takes her and runs off with her, trying to keep her safe until the next time she inevitably needs surgery.

Hooch loves Lovie so much, and even though he’s a little bossy during her surgeries, he’s so grateful to his parents for always making sure he has his favorite toy.

These Are The Bandanas Your Dog Needs This Spring

How To Help When Your Dog’s Suffering From Allergies

Does Your Dog Have Bad Breath? Here Are Seven Ways To Help Him

Here’s Why Your Dog Eats Grass On Walks