Luna was found alone in a cornfield when she was only 5 weeks old, and three days later, she found her forever home and quickly settled in. Her new family already had another cat, Shayla, and figured Luna would learn and take cues from her. They’d always just leave Shayla’s food out and let her eat whenever she was hungry, and figured that method would work for Luna too — until they realized exactly how much she loves food.

“When we first got Luna we open-fed her,” Tarin Tanner, Luna’s mom, told The Dodo. “That was a bad idea because she gained weight so fast and at one point the vet handed me a pamphlet on cat obesity. That’s when I knew she had to go on a stricter diet.” 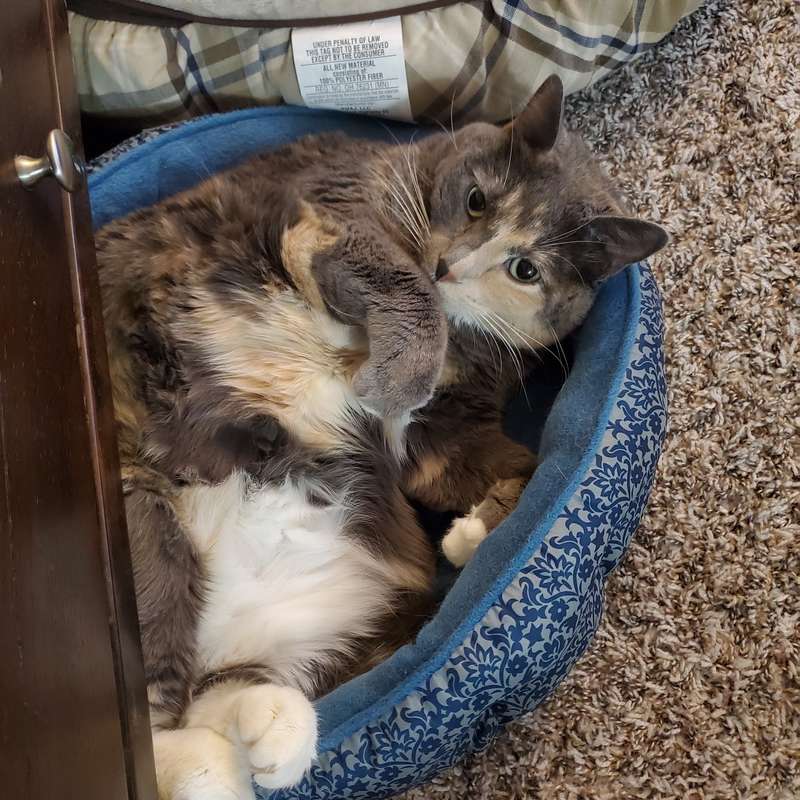 Even when they stopped leaving her food out, the chubby cat would eat too fast every time she was fed and then cry for food the rest of the day. Luna’s family knew they needed to do something about her obsession with food, so they decided to buy her an automatic feeder that dispensed smaller amounts of food five times a day. Luna wasn’t quite sure about the new device at first, but as soon as she realized it was food-related, she fell instantly in love with it. 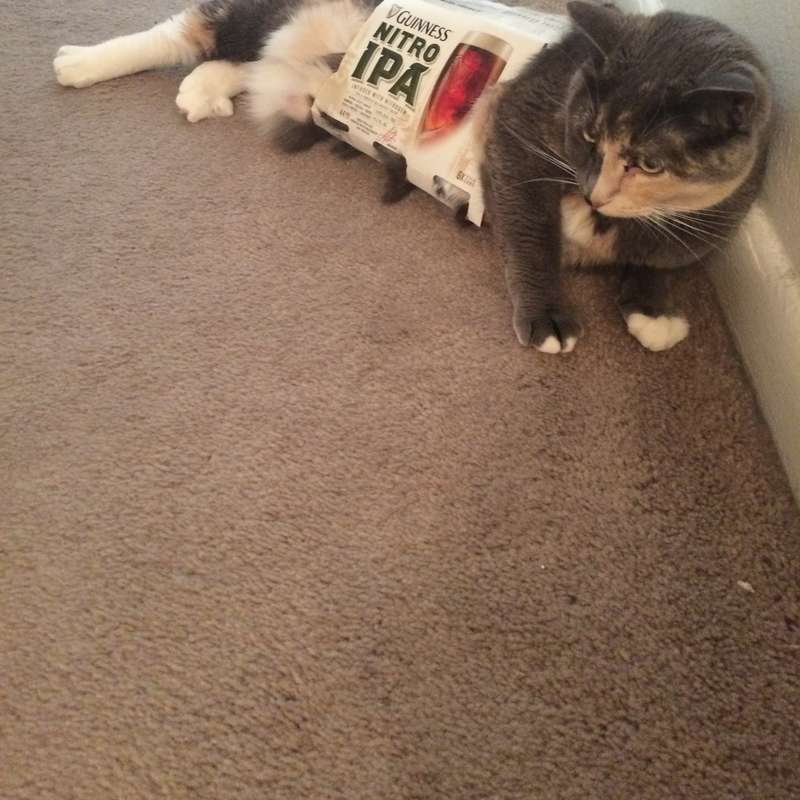 “She knew it was food-related when she first saw it because the back of the feeder has a big tank,” Tanner said. “She spent most of her time that night trying to break into it with no luck. When it dispensed for the first time she ran away but then ran back when she realized it gifts food. She has been in love with it since then.”

The automatic feeder dispenses food at the same times every day — and Tanner soon realized that Luna had memorized the schedule and would start waiting in front of the feeder long before each scheduled time.

Even when it isn’t close to feeding time, Luna still likes to hang out in front of the feeder, just in case she happens to get lucky.

“If she isn’t busy napping she likes to spend her time hanging by the feeder, being a kitty land mine,” Tanner said. “Sometimes she lays on her back, other times she just stares at it almost willing the food to come.” 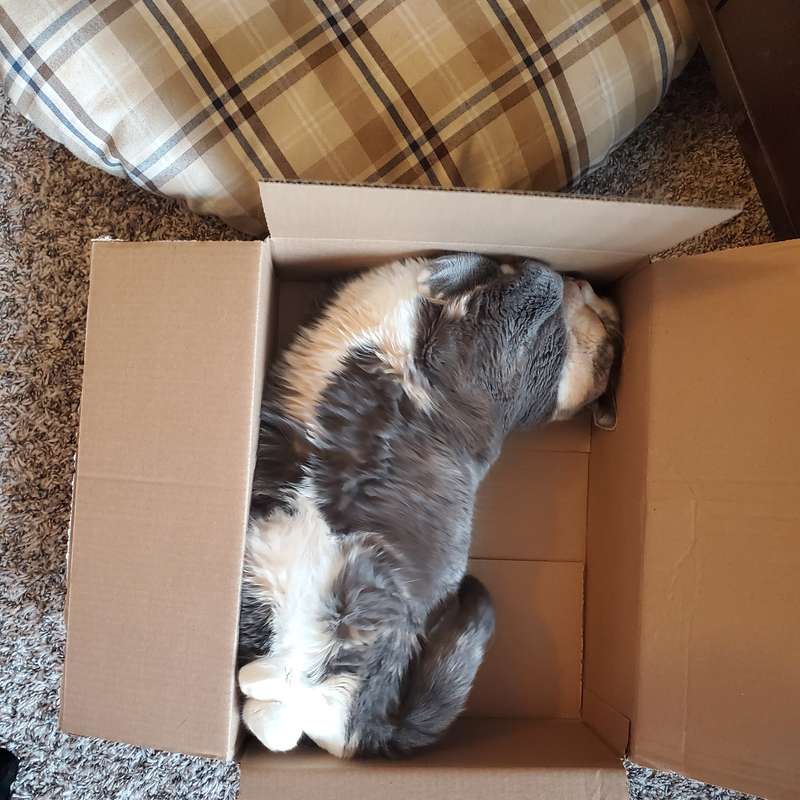 Luna’s family are doing their best to help her stick to her diet, and the automatic feeder has helped so much. If she had it her way, Luna would definitely spend her whole day eating, and have absolutely no regrets about it.

“I don’t think she loves anything more than food,” Tanner said.

Should I Spay Or Neuter My Cat?